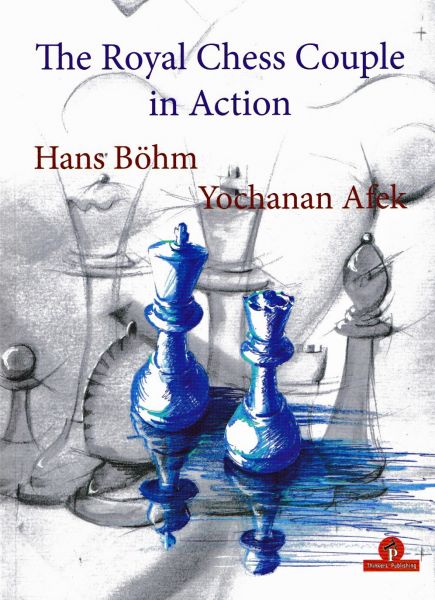 The Royal Chess Couple is a combined attempt to introduce the various traits of the most significant piece with the most powerful piece on the chessboard. Following a short historic review of the development and metamorphoses of each piece over time, the reader is offered 240 positions (480 in total) from tournament practice as well as from the magic world of chess composition. In each position a royal piece plays either a crucial offensive or defensive role. These positions are subdivided into 60 themes, four positions per theme, arranged by their increasing difficulty. The reader may use the positions as training challenges to improve his understanding and playing skills or just to enjoy playing through them. In either case he will learn to appreciate the characteristic qualities of each piece alone and in collaboration with other pieces.

Yochanan Afek (1952) was born and grew up in Tel-Aviv and now lives in Amsterdam. In more than 50 years of his professional chess career he has been a highly active player, trainer, journalist, organizer and composer of studies and problems. He is an over the board International Master, a Grandmaster of chess composition and International Arbiter for both. His most memorable tournament victory is winning the Open Paris Championship 2002. He is the co-author of the highly acclaimed "Invisible Chess Moves" (Book of the year 2011), "Extreme Chess Tactics" (2017) and "Practical Chess Beauty" (2018).

Hans Böhm learned the basics of chess from his parents. He quicly became an International Master during the period that Spassky, Fischer and Karpov were dominating the chess world. Later, his professional career turned to journalism, writing, commentating and being a presentator of several tv-shows. You can call him the real Dutch ambassador of chess. In 1988 he became the world record holder, Guinessbook of Records, of a simultaneously display against 560 opponents, achieving a most remarkable positive score of 94%.

Hans and Yochanan compiled a most impressive historical overview of our royal game. In this first volume they focused on the Royal Chess Couple: the King and Queen. The ideal training tools for any chess enthousiast or trainer in search of the needed chess finesses.