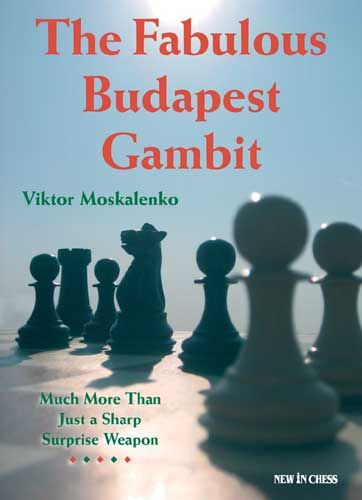 Beschreibung Bewertungen 0
Beschreibung
The Budapest Gambit is popular with club and internet chess players all over the world, and it... mehr
Menü schließen
Produktinformationen "Schachbuch The Fabulous Budapest Gambit"

The Budapest Gambit is popular with club and internet chess players all over the world, and it is easy to see why. It has surprise value, it’s not hard to learn, and it leads to sharp and dynamic play from the very start of the game.

But what about its strategic value?

Grandmasters tend to be sceptical about gambits like this. However, when Viktor Moskalenko started playing the Budapest, its all-round appeal struck him, and since then he has won many games with it in countless tournaments.

This book contains quite a few of Moskalenko’s own games, as well as games by other star players from the past and the present. They illustrate perfectly the dynamic character of this gambit as well as its solid strategic foundations.

The Fabulous Budapest Gambit does not shower you with long computer-generated variations, but provides crystal-clear insights into the wide spectrum of this opening, explaining the plans for both White and Black.

Moskalenko’s lively style will infect you and encourage you to start playing this opening which is a great weapon at any level, from club player to grandmaster. The Budapest Gambit can surprise any player, even at the highest level.

Viktor Moskalenko (1960) is an International Grandmaster born in the Ukraine, who has been living in Spain since 2000. He is a successful author and a well-known chess coach who has worked with Vasily Ivanchuk. The former Ukrainian champion remains a very active player and has won many tournaments in his new home country.