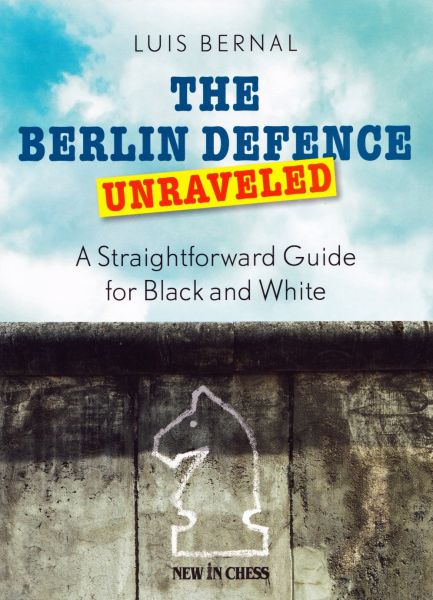 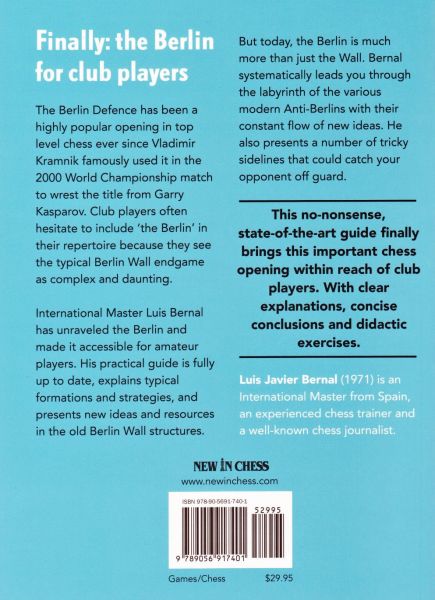 The Berlin Defence has been a highly popular opening in top level chess ever since Vladimir Kramnik famously used it in the 2000 World Championship match to wrest the title from Garry Kasparov.

Club players often hesitate to include ‘the Berlin’ in their repertoire because they see the typical Berlin Wall endgame as complex and daunting. International Master Luis Bernal has unraveled the Berlin and made it accessible for amateur players. His practical guide is fully up to date, explains typical formations and strategies, and presents new ideas and resources in the old Berlin Wall structures. But today, the Berlin is much more than just the Wall. Bernal systematically leads you through the labyrinth of the various modern Anti-Berlins with their constant flow of new ideas. He also presents a number of tricky sidelines that could catch your opponent off guard.

Luis Javier Bernal (1971) is an International Master from Spain, an experienced chess trainer and a well-known journalist.

CHESS Magazine (UK):
"These days White often dodges the main line, not least with 4.d3, and here Bernal’s coverage is especially up to date, while also including at times some slightly offbeat counters."

Glenn Flear, author of 'Starting Out: the Open Games':
“The book is classy. Luis Bernal investigates the latest theoretical developments, but hasn't skimped on explanation. He covers with equal verve both sidelines and cutting-edge variations with enough detail to get the message across, but without over-stuffing the notes (..) A rich tapestry of ideas, drama, and humour (..) It's an excellent example of an author giving the reader essential information, rather than propaganda.”