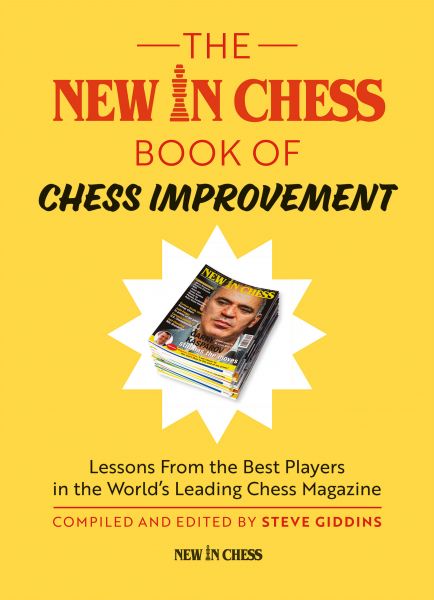 Schachbuch The New In Chess Book of Chess Improvement

For more than three decades, every issue of New In Chess magazine has been full of detailed and highly enlightening annotations by the world’s best players of their own best games. Because studying well-annotated master games is the best way to learn the skills that really matter, acclaimed chess author Steve Giddins has revisited the New In Chess vault and assembled the clearest and most didactic examples.

The New In Chess Book of Chess Improvement is a treasure trove of study material and has chapters on attack and defence, sacrifices, material imbalances, pawn structures, endgames and various positional themes. It provides the high standard of instructional material that today’s club player, much stronger than his equivalent 25 or more years ago, needs.

Steve Giddins is a Fide Master from England, and a highly experienced chess writer and journalist.

CHESS Magazine (UK):
“With notes by the likes of Kasparov, Kramnik, Tal and Timman, it seems unlikely that most players won’t learn plenty from this compendium.”

ACCLAIM FOR New In Chess:

Carsten Hansen, ChessCafe:
"A fantastic magazine, unparalleled and beyond comparison.”