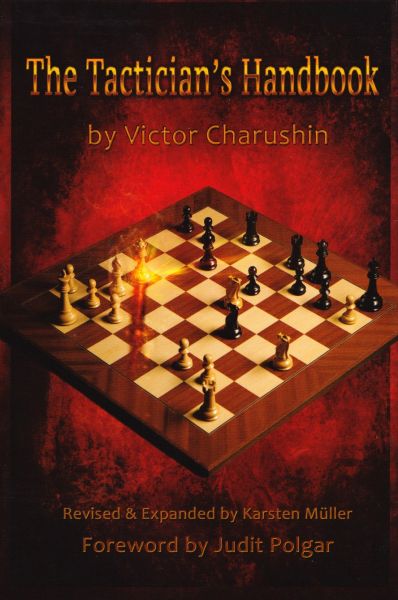 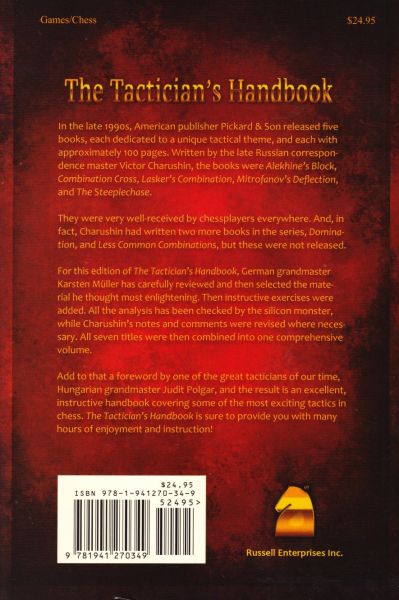 In the late 1990s five books were released, each dedicated to a unique tactical theme, and each with approximately 100 pages.

Written by the late Russian correspondence master Victor Charushin , the books were:

They were very well-received by chessplayers everywhere. And, in fact, Charushin had written two more books in the series, Domination , and Less Common Combinations , but these were never released.

For this edition of The Tactician’s Handbook , German grandmaster Karsten Müller has carefully reviewed and then selected the material he thought most enlightening. Then instructive exercises were added.

All the analysis has been checked by the silicon monster, while Charushin’s notes and comments were revised where necessary. All seven titles were then combined into one comprehensive volume.

Add to that a foreword by one of the great tacticians of our time, Hungarian grandmaster Judit Polgar , and the result is an excellent, instructive handbook covering some of the most exciting tactics in chess.

The Tactician’s Handbook is sure to provide you with many hours of enjoyment and instruction!